One of my first toys was a magnetic tiles construction set made of transparent coloured plastic shapes. It always amazed me how overlapping two different colours and holding it to the light would produce a third colour. This was my first lesson in colour theory which is something that I continue to study now in my adulthood. 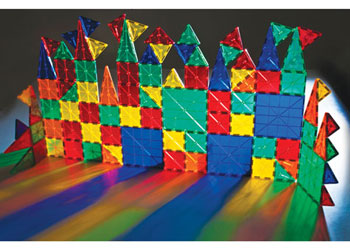 Another clear memory is at the age of seven one day in school in Nazareth where I was born. On impulse I began drawing my classmate as she was sitting in front of me unaware. Until all the other kids in the class started gathering around in amazement as to how the drawing looked so realistic, she was very happy when I gave it to her as a gift.

Shortly after moving to London where I grew up, I won a prize for the Halifax junior art competition at just nine years old. It was whilst studying vehicle body repair and paint at the College of North West London that I discovered the airbrush and knew that it was for me. After qualifying with City and Guilds and completing years of apprenticeship I had saved some money and went backpacking around the world for a year. My first stop was in India where I bought a handmade notebook and started documenting my travels in the form of paintings.

Learning to use the airbrush was not an easy journey though, as not many people knew how to use it and the only one or two that I found were very secretive and refused to teach me. Back then there was no YouTube, so I started practicing in my bedroom. Still on a student budget and unable to afford a compressor I adapted the valve on the spare wheel of my Fiat Uno as the air supply for the airbrush. After many trips to the local petrol station to refill the air I decided this will be my future. The first move was to find a premises I could use as an art studio, and as my little sister no longer used her tree house in the back garden it didn’t take long to relocate. Next I made a silent compressor using the motor from the back of an old fridge that was left by a bin. We all have to start somewhere, and I am proud to say that it is still going till today. 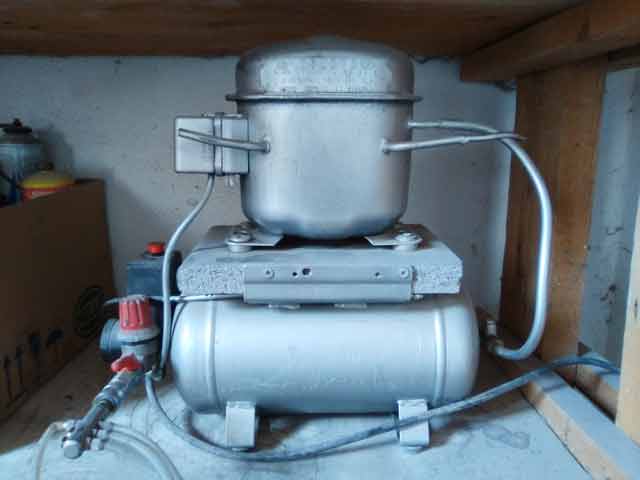 As I started getting the hang of it people wanted to learn so I began teaching here in Spain where I now live. One of my students turned out to be a very important Spanish artist, who in turn began mentoring me to enter the world of fine arts and that is how the collection of Hyperrealistic paintings of prestigious cars began. Over the years I have won various prizes for my paintings and gained recognition with numerous newspaper and magazine articles as well as television interviews which I invite you to view on the media reviews page on my website. 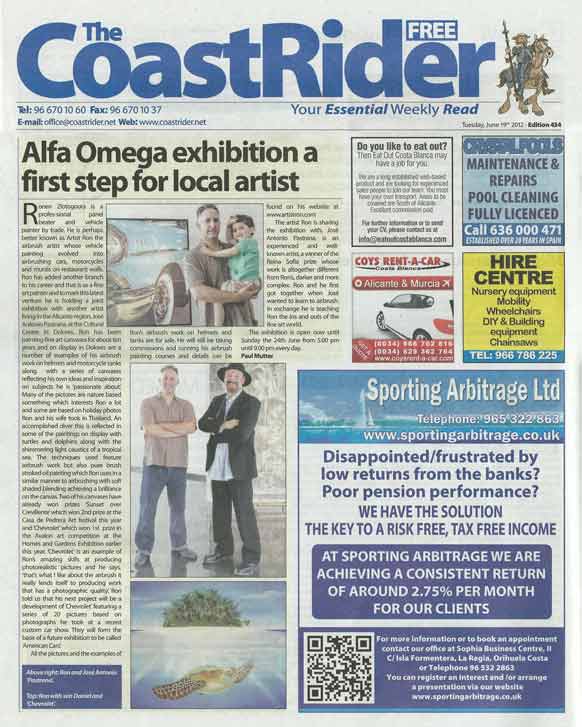